Finding New Mountains To Climb Away From The World

A short day hike in a neighboring town with my parents.

I am a climber as many of you know and I mainly climb in the various mountains throughout New England. As my skills improve and I climb more I am setting my sights higher in elevation. However as I start to look at more complicated and physically challenging mountains like Mount Rainier in Washington. I also notice the fact that in the grand scheme of things I will not be making history. I want to do something interesting something that very few people have ever done.

So I hopped on Google earth and I started to look at various mountains throughout North America. I looked at mountains in Colorado, Wyoming, New Mexico, Nevada, and Montana but they still had the same problem. They are just boring will I climb fourteen thousand foot mountains in the West? Absolutely in fact I will hopefully be climbing Mount Elbert the tallest mountain in Colorado and second highest in the lower forty-eight next year. Still though I decided to look north into Canada and I found exactly what I was looking for.

A series of mountains below six thousand feet in the Labrador Peninsula at the northern tip of Newfoundland and Labrador located in Eastern Quebec. Mount Caubvick a small tree less alpine summit with a final elevation of 5,420 feet. Yet this mountain looks fairly easy to climb it is rarely ever climbed, and many of the expeditions to climb the mountain have ended in tragedy. This caught my interest and I have made a promise to myself to climb this mountain before I am twenty-three. Why twenty-three? I don’t know it just worked as a potential time frame and I will still have a fairly open life to adventure. Either way this mountain seems so isolated, without trails far from civilization only accessible by bush plane or boat, it is screaming out at me.

This mountain fills all of my criteria for a proper adventure. However I am still asking myself why the mountain has so few summits and expeditions.

Me trying to get up and climb a mountain in my tent.

When I came to the realization that people avoid the mountain due to the fact that it is geographically small. All of the 8000-meter peaks in the world have been climbed and the only mountains left are either extremely remote or very technical located near the more popular mountains. After all who would climb K7 if you could climb K2? I mean K2 is the second highest mountain in the world and when you add in the logistics of climbing any mountain in that region K2 looks like a better investment. So the only mountains left are smaller and remote far away from climbing praise. That is what draws me to the Torngat Mountains.

We also lean towards climbing the bigger mountains because on the surface they appear to be the most demanding challenge. However climbers know that Everest is not a difficult mountain to climb technically speaking. So all of the big mountains have been climbed, climbers who want to make a name for themselves need to move on to smaller less popular mountains. Which is where the Torngat mountains come to play.

Overall the mountain is not overly technical. The most common route which follows along a ridge similar to the knife-edge on Mount Katahdin in Maine. The route in the summer is class three climbing for the majority of the route with some portions that push into class four. However an experienced climber without a rope can tackle them. Altitude is not a problem on the climb the summit is less than a mile above sea level. Although the elevation gained is fairly technical throughout the entire climb. The difficulty in climbing the mountain comes from the weather, and the remoteness of the climb. The park in the winter is filled with polar bears that should give you a good idea what you are going to deal with climate wise.

Bush planes preparing to take off.

Both are time consuming, complicated to plan, and both will punch a large hole in your wallet. Either way if the mountain was easy to reach it would be a very popular destination.

So if you are trying to distinguish yourself from the hundreds of climbers who summit Mount Rainier and Everest every year, you should start looking towards the virgin peaks of the frozen north. So for those who are truly seeking a real adventure in a place that has barely been touched start looking north you will find what you are looking for. 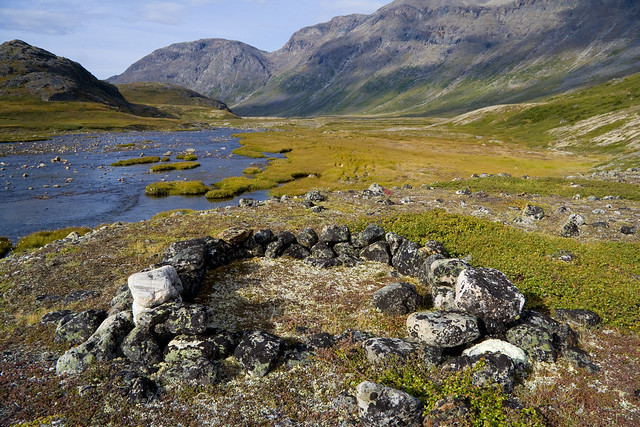 Check out my micro blog..